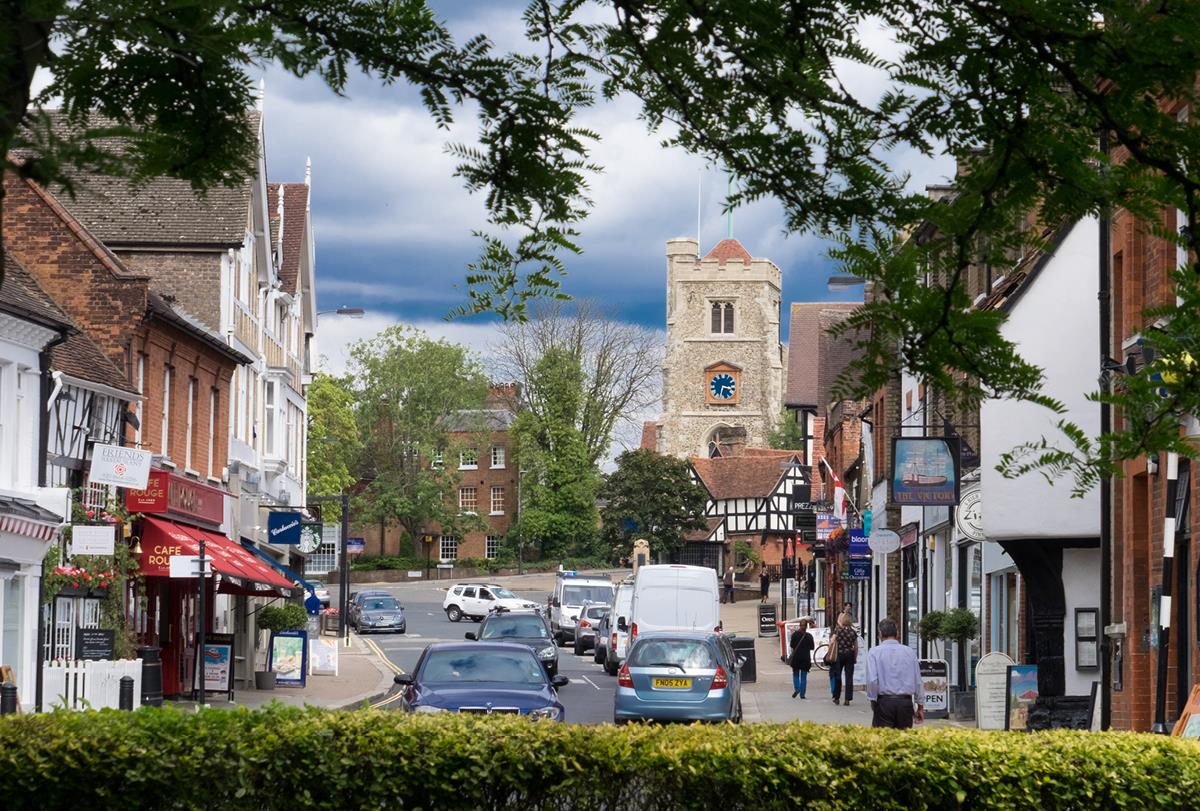 The Pinner office covers one of the most attractive and sought-after areas along the Metropolitan Tube Line. Nestling in a wonderful setting in a prominent position in the heart of the high street, our distinctive offices have been designed to provide a quality environment for the marketing of all properties.

Pinner is a suburban town enjoying a rural feel with a picturesque "Olde Worlde" High Street, in an area Sir John Betjeman famously named "Metroland". It is also one of the very few villages in the country which still holds an annual fair, dating back to 1336. Records of Pinner go all the way back to the Domesday Book. An ancient coaching village, it still maintains its character today, in spite of being geographically absorbed into the metropolitan sprawl of modern suburbia. Pinner is blessed with a variety of boutique shops and supermarkets such as Marks & Spencer’s and Sainsbury’s with popular local restaurants including Café Rouge, Pizza Express, Prezzo, L’Orient, Friends and Carluccio’s just to name a few! There is also a good selection of coffee houses with Starbuck’s and Café Nero, as well as local bakery’s and butcher’s for fresh produce along with the convenience of a local Post Office and good number of Banks. The Village offers a real sense of a close-knit community diverse of all ages, which is hugely popular with young families due to the excellent schooling and amenities on offer. Just moments from the High Street you can find tranquil parks and children’s playgrounds, there are a number of leisure activities available with a Fitness First gym at the top of the High Street.

The Metropolitan Line train service from Pinner reaches baker street in approximately 26 minutes. The M1, M40, A40 & M25 are easily accessible providing access to all other motorways that surround London. The motorway network provides convenient access to all the London airports with Heathrow approximately a 28 minutes’ drive (14.9 miles).

Pinner offers a variety of highly regarded schools with most rated Ofsted ‘Outstanding’ such as Cannon Lane, West Lodge, Grimsdyke, Harlyn, Pinner Wood and St. John Fisher Catholic primary schools. The area also has a number of sought-after secondary schools such as Haydon, Nower Hill, and Northwood as well as independent schools such as St. Helen’s and John Lyon.